K.Pandiarajan, the Minister for Tamil language, Tamil Culture and Archeology of Tamilnadu attended the event and gave trophies and prizes worth Rs 50,000 and certificate of participation to  the Winners and Participants alike. N Aananda Venkatesh, Honourable Justice of Madras High Court  also graced the event. The students of Nethrodaya were thrilled to have India’s first Women Grandmaster, Tmt. Vijayalakshmi attend the event and motivate everyone with her empowering speech.

Asha Foundation is proud to support charities like Nethrodaya. 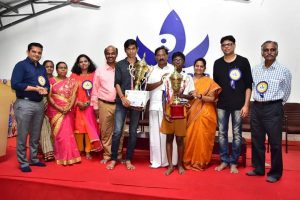